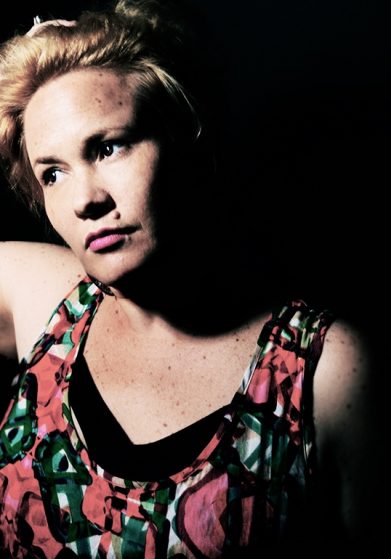 Sydney jazz/soul/folk singer and songwriter, Ali Carter weaves her stories through music that allows the magic and grace of both the pure joy, and the deep struggle to evolve, taking the listener through a musical kaleidoscope with passion and humility.

With grandparents treading the boards in the Australian vaudeville theatre, singing harmonies in the kitchen with her mother, and being exposed to an eclectic record collection at a young age, music was clearly in the blood, and the great love and feeling for it, ingrained early on.

Ali spent her formative years performing with various ensembles in a range of styles, including the Gilbert and Sullivan Society of W.A, lead singer for Sydney funk band, Blue Inc, and her own jazz group, The Alicats.
She was reunited with the humble ukulele – with which she sang songs as a young girl with her grandfather – and having penned poetry and lyrics for many years, the marriage of word and music began, and the stories and experiences began morphing into songs.
Ali considers herself a global citizen, and was fortunate to tour in Croatia and the United Kingdom before landing in New York in 2012. And as many before her can say, her heart was brazenly taken, and she now calls Brooklyn home.
Ali spent the better part of 2015 working on her debut album, Songs of Longing with New York based, English producer, Harvey Jones (Donna Lewis, Robbie Dupree, Chris Botti) The album was released in February 2016 and she is currently working on new material for an EP to be released in the spring of 2019.